Colin Russell, 3rd Dan (SKGB Coach Level 2)
Colin has now retired and wishes the club and all its members best wishes for the future.
He joined Shotts Karate Club in 1980 and has been a Dan Grade since 1991. He was club instructor since Feb 2008 to June 2016 and passed his 3rd Dan Grade in 1999 When he retired he handed over the running of the club to Charlie Lindsay, Grant and Kirsten Bonar of Wado Kai Central Karate Group. 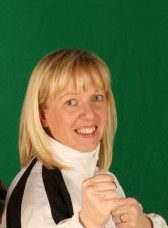 Bruce Reeves, 5th Dan
Bruce has now retired and wishes all the members of Shotts Karate Club and the SKF his best wishes for the future. He attended Shotts Karate Club for over 35 years and is a qualified referee to SKGB Level A. He was also the Licensing Officer for the Scottish Karate Federation. 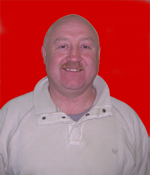 Jim McCord, 7th Dan.
Jimmy is the founder member of Shotts Karate Club. He started the club in 1976 and after over 30 years moved to Thailand when he passsed the running of the club to Colin Russell. Jimmy is also experienced in Judo, Wu Style Tai Chi, Meditation and Chi Kung internal arts. 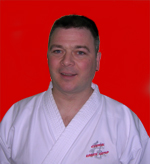 Charlie Lindsay, 7th Dan
Charlie ran the Shotts club from Jun 2016 until Feb 2020 then handed the club over to Robert Simpson and Dennis Sutherland. Charlie is still active and continues to run the WKC Karate group. He is one of the senior instructors of the Federation and is a memeber of the technical committee. 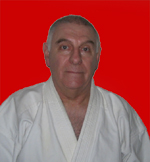 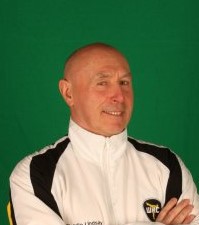 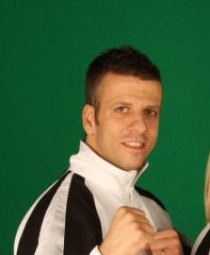 Grant Boanr, 6th Dan
Grant started karate at age of 11 and is an instructor at the WKC Karate group. He is currentlya 6th Dan and is Chairman of the SKF as well as Vice -chairman of the SKGB.

He is one of the senior instructors of the Federation and is a European Level A referee.

Kirsten Bonar, 5th Dan
Kirsten started karate at the age of 5 and trained with her dad Charlie Lindsay. Kirsten is currently Vice Chairman of the SKF and is the first Scottish European female referee. She is an instructor at Holytown.

Kirsten is the SKGB director of Refereeing.